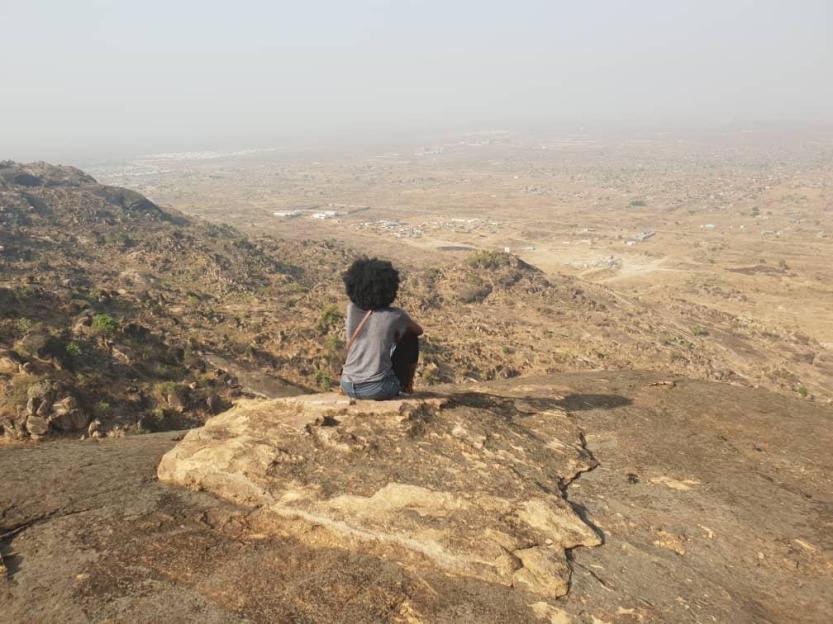 This week has been a tough one. I felt a lot of grief which I could not place because it did not mirror my life in anyway. I would have moments in my day when I was asking myself: Why am I feeling this way? What am I sad about? Is everyone at home okay?

Why am I suddenly feeling so low when I can’t think of anything that’s happened to cause this feeling. Then I remembered that I saw a picture of someone I once knew. His name was Henri. I made the terrible mistake once of telling him that I was meeting this guy I wasn’t sure about. And he said come let me talk to him, I will tell you if he’s worth your time.

He then took my phone and proceeded to call him pretending to be a High Commissioner from the Swiss embassy, the boy was from Switzerland.

They spoke in French. He told him something had happened to me, that I was at the Swiss embassy, could he come over or something along those lines. It was hilarious and embarrassing but at least he provided a great icebreaker for when the Swiss guy and I went on a date.

I thought he was being so childish. I think of him and remember that he always used to have this mischievous smile on his face, as if he was always up to something. Henri. He loved to laugh, loudly, jovially. We never spoke much cause he always used to laugh when he saw me, we’d look at each other and just laugh.

I didn’t know him very well, but I knew him enough to be at one of his house get togethers once or twice and he’s always been a very generous host to an often roudy bunch of artists. I think of his partner and my heart breaks for her and all his friends, I think it was too soon. But who am I to say?

So many people are dying. My timeline is full of Zoom Funerals. A friend posted; 1) Please pray for my father. I close my eyes and pray. 2) Another – Zoomlink for my father’s funeral. 3) Friend I: My father has died.

Then ” Goodbye little Guideloupe” until we meet again. Henri.

Sometimes I am afraid to log into Facebook, because I don’t know who will be next or if I can handle it.

Who would have thought that we’d be having zoom funerals in 2020?

Once while in Juba, South Sudan. A taxi-driver-friend spoke to me about his heartbreak. His mother who lived in Khartoum Sudan, had passed away. They were waiting for the family to come before burying her. He had been denied a visa to go to Sudan and he was pretty torn up about it.

The visa application saga had gone on for a while – two weeks had passed.

When I called him again, I made the mistake of asking about his mom. I say mistake because I didn’t expect him to show me the picture of his mom in a coffin. They buried her, he said. Then shared her pictures and video of her funeral because I couldn’t be there. I remember thinking how awful it must be to be so far away from those you love in moments of such great loss. To see your loved one stuffed and deformed. I couldn’t get his mom’s face out of my mind.

Nowadays the Coronavirus is forcing many to share images of their dead relatives on social media because they can’t be there physically to mourn them, or see them privately. Just like my friend in Juba had held on to the image of his dead mom. Everything is being recorded, welcome to the 4th Industrial revolution.

What was even more shocking to me was realising that for the first few times of seeing the announcement of Henri’s untimely death, I had scrolled pass it several times. As if he was just another unknown person who died to me. I was avoiding the fact that I once knew that person, ate with him and laughed with him. He had been good to me whenever our paths crossed. And even though my mind told me it didn’t matter, that we’d seen each other so rarely in the past 12 years, my heart couldn’t pretend not to know him.

But for the most part I have also learnt in the past decades of my adult life that, no matter how badly your heart is broken, the world doesn’t stop for your grief.

Whether you lost your job, a lover, friends, home, mom, father, companion, money, income, everything, sister, even your family pet. Whatever is it you are grieving, the world won’t stop for you.

There will never be a more convenient time.