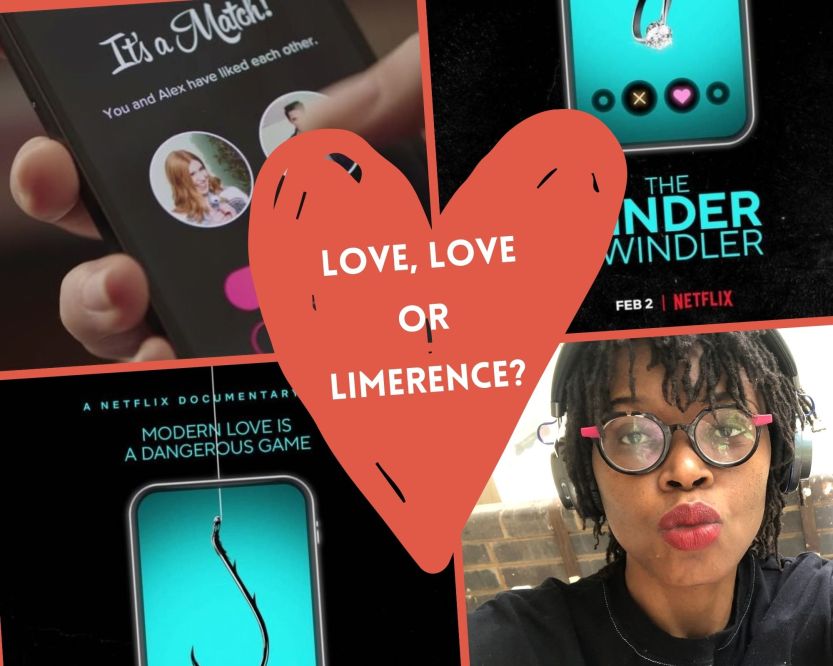 I must confess that watching Netflix’s latest true crime documentary about a man who poses as a wealthy jet-setting diamond mogul wooing women online then conning them out of millions of dollars to fund his billionaire-style lifestyle, The Tinder Swindler, left me cold with chills in 29 degree humid weather.

I had been reflecting on the meaning of love in romantic relationships when Netflix recommended the show to me via email.

I’d also recently seen a mutual friend post about it on Facebook and some people were already making funny debt collector memes based on the swindler’s character on Twitter. So curiosity got the best of me.

At the time of writing this blog it was the most watched show on Netflix in South Africa.

While I am not on Tinder myself Cecilie Fjellhøy’s story sounded all too familiar to me. At least the very beginning of it where she explains how and why she falls in love at first swipe. I could identify with her story.

“What happened to me felt like a movie” she said with dreamy bright blue sparkling eyes to the camera in the opening scene of the documentary film. “I think life is about love because the happiest times I’ve had is when I’ve been in love,” she said, describing how she became a victim of a professional swindler on Tinder.

When Cecilie, a Norwegian, IT Consultant living in London swiped right on Shimon Hayut aka Simon Lieviev’s Tinder profile making an instant match she had been on the dating app for seven years. In that period she had made 1,024 matches in the hopes that one of them would turn into a handsome prince.

The beginning of her story resonated with me because I once shared similar views about love. Ideas which I think made her more vulnerable to a professional con artist who preyed on her desire to experience an all consuming, unreal, fairy tale kind of love.

Cecilie’s earliest memories of love were informed by a steady diet of Walt Disney movies, Beauty and The Beast to be specific whose songs she had memorised and committed fully to heart. In this story she was Belle, the main female character who was, like her, a small town girl hoping for something bigger.

And even though she is a grown up adult woman she still held on to the “hope” that one day a prince would come and save her.

So, within a few hours of swiping right Cecilie was already in love floating on Alladins‘ magic carpet ride to a five star hotel in another country.  A month later she had already ordered a new credit card for her wealthy prince when he led her to believe he was in danger of losing his life and together they were shopping for a luxury apartment from where they planned to start a family.

“That’s what’s most amazing about love, no matter how many heartbreaks you’ve had…you still go after it. I love dating, the moment I get nervous, then I know that there’s something special here. And I love being nervous – that’s the thing,” she explained.

But is what she describes as love, love?

It is my opinion that had she not believed the fake love story sold by the Hollywood industrial complex she would have been saved from a thousand heartbreaks and avoided debt amounting to hundreds of thousands of dollars.

I’m saying this because I have spent a large amount of time reflecting on what love is and what love isn’t from my own string of failed attempts at love. Upon serious evaluation I have sadly come to the conclusion that I have never been in true love at all. I have never experienced real intimacy in romantic relationships with others.

A lot of what I called “love” was in fact various states of limerence which is an intense romantic or non-romantic feeling for another person which typically includes obsessive thoughts and fantasies as well as a deep desire to form or maintain a relationship with the object of love and to have one’s feelings reciprocated.

Usually the feelings are one sided and often very destructive to the person who is feeling them.

What made this realization even more horrifying and chilling for me was the fact that not only had I been a blind, helpless victim of limerence like Cecilie, but because of this all consuming state of “false” love, I also demonstrated narcissistic behaviour similar to that of the Tinder Swindler.

There is a constant, incessant need for validation and assurances of “eternal love” which can be emotionally draining to the object of one’s obsessive affection. It can be marked by extreme lows and threats of suicide if the attention is withdrawn or ecstatic highs when attention is given. It’s a constant rollercoaster ride of emotions.

At first it’s not easy to know the difference between true love and limerence because they can have similar characteristics. But the fact that none of my previous “relationships” have lasted beyond 3-48 month period is a clear indication of limerent “love” whose main identifying feature is the fact that this all consuming feeling of “love” never ever lasts.

It has to end eventually – because it is physically, emotionally, and psychologically impossible to remain in that state for too long.  It is a state of mind which, if left untreated, can develop into a serious mental illness because it can also be caused by low serotonin levels in the brain, comparable to those in people with Obsessive Compulsive Disorder commonly known as OCD.

Unfortunately I think this seems to be the case with Cecilie and many other women who were swindled out of their time, money, assets and peace of mind in the documentary. Especially since Cecilie keeps going back to Tinder to get that “nervous” feeling over and over again. It’s one of the hallmarks of an addiction or addictive behaviour.

Today it is clear that the desire to love and be loved; to hear the words “I love you” said back and unconditionally is fuelling a multimillion dollar industry producing drama filled popular dating shows such as The Bachelor/Bachelorette Franchise, Married At first Sight, Love is Blind, Love Inferno, Love After Lock Up, Ready to Love and Love on a Spectrum amongst others.

Most couples who meet on these shows don’t make it past three months despite expert advise and guidance because what they initially thought was love is actually limerence.

So, what is the difference between love and limerence?

3 thoughts on “Love, Love or Limerence?”